COLLEGE OF ARTS | SCHOOL OF CULTURE AND CREATIVE ARTS 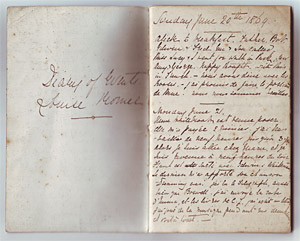 A research project on Louise Jopling and her circle has been in progress at the University of Glasgow since 2005. The project aims to document her career as a leading female artist and her close-knit artistic, literary and theatrical world of late 19th century London and Paris. It also seeks to understand better the climate in which women then practised as artists and, more generally, the climate for women's growing participation in the workplace and in public life.

Core aspects of the project currently in hand include: